You are here: Home / How To / Fix WSAPPX High CPU Disk Usage [How to Disable?]

CPU Ram Management has always been a prime concern of windows users. We try to utilise every bit of that memory into doing something that is going to be productive. Constantly visiting the Task Manager, trying to remove and kill the background processes is more of an obsession for a lot of you out there. Tracking memory usage, and the space occupied by your applications, is something you might be worried about. But trust me, you shouldn’t be concerned about that at all. The computers nowadays are smart enough to do that job by themselves. They absolutely do not need our intervention. Keeping that in mind let us talk about wsappx, a background application that is constantly running.

If you are a Windows  8 and onwards user, you might have noticed a certain wsappx application mentioned in your task manager and also eating up a lot of CPU memory (about 8-10%) and also a lot of battery. Such significant amount of disk resources being used by some background application you didn’t use in the first place can be frustrating. In this article we are going to know more about the wsappx application and if and how to kill it.

Before we move forward with explaining what wsappx is, let us first clear the air regarding what it is not.

Wsappx was a sevice first introduced by Microsoft for Windows 8 in light of Microsoft’s Universal app platform. It is used for updating, installing and uninstalling windows store apps, automatically updating the ones which are pre installed Windows such as Paint3d, Mail, Calculator etc.

As you already know wsappx was introduced on both Windows 8 and 10. wsappx includes the AppX Deployment Service (AppXSVC). On Windows 10, you’ll also see the Client License Service (ClipSVC). On Windows 8, you’ll also see the Windows Store Service (WSService) instead of ClipSVC. On expandingthe wsappx process running in your Task Manager, you will see subservices running (depending on the version of Windows you’re using).

Computer viruses and malwares can literally eat your system inside out. So everytime we see something running we don’t know about, our first thoughts and fear are that it is a virus.  Relax, wsappx is not a virus. It was introduced by Microsoft itself and you have no reason to worry about it. You might ask what if a malware has disguised itself as wsappx. Well, that has never been reported and is highly unlikely.

Why Is WSAPPX Using So Much CPU?

Now let’s get to the cheif concern of wsappx servic, that it generally uses a noticeable amount of CPU especially when our PC is installing, uninstalling, or updating applications on the Windows Store wither by manual choice or automatically.

But if you don’t want to update these applications and they are not of much use, you can always ask the Store not to automatically update your apps. 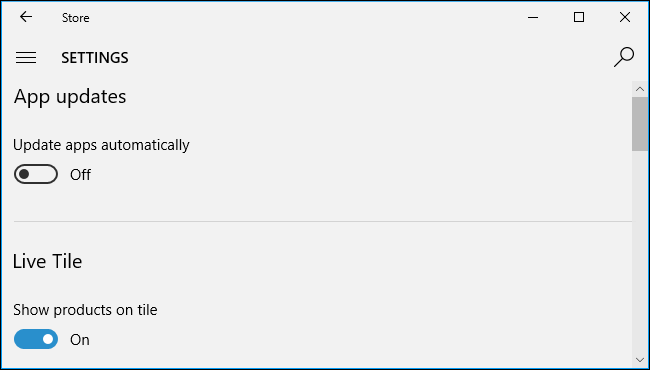 In case you ever change your mind yo can simply follow the following steps:

This will prevent the wsappx service from using CPU to update applications in the background. The only drawback is that everytime you will have to update manually and you won’t get the latest app updates automatically. Don not think that this will reduce CPU and RAM usage. You will still use system resources like CPU and RAM, but you will get to choose when they’re used.

Is it Safe to Disable Wsappx?

Even if you think you can do without the wsappx services, you really can’t disable these processes.

Disabling the wsappx services is not advised by Windows. If you try to kill the wsappx process from Task Manager, Windows warns you that your system will become unusable or shut down. There’s also no way to forcibly disable wsappx in service utility.

Even if you could prevent wsappx processes from running, trust me you wouldn’t want to. They’re an extremely critical part of Windows.

And you don’t need to worry for they only run when necessary, and use very few system resources most of the time. Its really not so much of an issue as you think it is. They’ll only use system resources when you install, uninstall, or update a Store app.

I hope you found the article informative. Please feel free to comment if you have any further questions. Thanks for reading!