You are here: Home / Windows 10 / Conhost.exe High CPU Usage: Is it a Virus and How to Remove it?

You may have many questions about this process. Is this process really unnecessary?  Do I need to close this process? Is conhost.exe a virus? We will answer all of these questions and many more in this article.

Conhost.exe is a process which you can see running on Windows task manager if you use Windows 7 and above as your operating system. It is an executable file and hence extension .exe,  created by Microsoft. It is really normal to see it running on your Windows Task Manager.

Conhost.exe adds more features to command prompt. It allows users to directly drag and drop folders/files into the command prompt. Also, modern window style which you see on command prompt was not possible on previous versions of Windows such as Windows XP. Conhost.exe made this possible. Reason for this is explained in the next section.

In the previous versions of Windows like Windows XP, Command prompt was handled by CSRSS. CSRSS stands for ClientServer Runtime System Service. It was a system-level service with few issues. The biggest problem with CSRSS was if it crashed, it was capable of bringing the whole system down with it. It wasn’t reliable at all. Another issue (Not that big though) with CSRSS was the old classic look of the command prompt. CSRSS was the reason command prompt had simple look opposed to other windows.

Take a look at this image of cmd on Windows XP: See how command prompt window is different than the normal window. 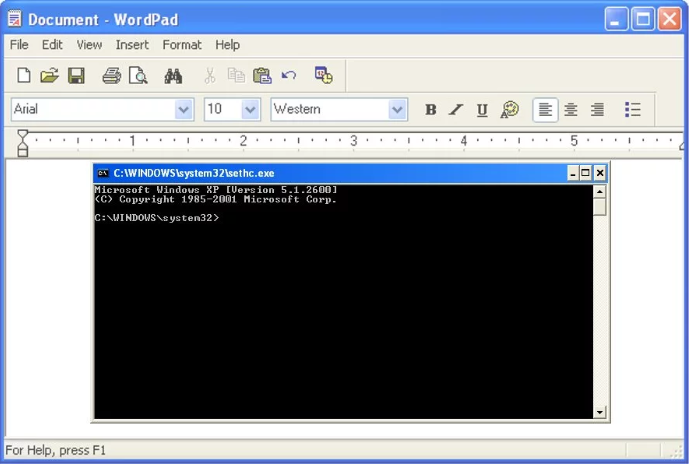 Sometimes third party software uses a command prompt. But while using this software you won’t see command prompt pop up because it runs in the background.

Multiple Console Window Host may not be always a thing to ignore.

Go through the next section to know how to identify if Console Window Host (conhost.exe) is a virus or not and also how to get rid of it if it’s a virus.

Also for other Windows Operating systems, if Console Window Host on your task manager is eating too much system memory and CPU usage it might be a virus.

Hijackers use a virus called trojan disguised as Console Window Host for the processes such as bitcoin mining.

To check if your conhost.exe is original or not follow the following steps:

Step 1: Open task manager. Right click on the start button and select Task Manager from the list or you can access task manager by pressing Ctrl+Shift+Esc.

Step 2: Search for Console Window Host on your task manager. Right click on it and choose “Open file location”

Step 3: If you see the directory of Console Window Host is “C:\Windows\System32″ then no need to worry. Conhost.exe is original. But if a directory is something else then conhost.exe on task manager is a virus. Most probably if it is a virus “%userprofile%\AppData\Roaming\Microsoft” folder will open.

How to get rid of a conhost.exe virus?

It’s not rocket science. You can end conhost.exe task by right-clicking on Console Window Host file on your task manager and then clicking on End task. Then use antivirus and scan your system to permanently remove this virus.

Also Read: How to force delete a file?

Conhost.exe eating too much memory and CPU usage?

Let’s say you checked on task manager and Console Windows Host is located in the right directory still it is using too much of memory. What will you do? We have a solution for you. This will not exactly solve your problem but by following this solution you can identify the root of the problem. Then you can perform troubleshooting procedure for that particular software and get rid of the problem.

All you need to do is download Process Explorer from this link. Open this software and press “Ctrl+F”. This will open Process Explorer search window. Type conhost in the search bar and press Enter. Then you will list of all conost.exe processes running on your system.

The sfc /scannow command will check all your Windows files and find incorrect versions. Not only that, it will prompt you if it finds anything suspicious. So, use this command to see if your Microsoft files are corrupted or not

It takes a few minutes to complete the scan.

Hope you find this article helpful. Thank for reading!