You are here: Home / Gambling / 8 Reasons Why Lottery Games are So Popular in Europe

It’s true – Europeans love the lottery. The popularity of these games has been on the rise lately, especially with the appearance of online lottery solutions. There are many reasons behind this phenomenon, all of which we’ll tackle throughout this article. So, if you’re interested in learning more about lottery games in Europe, you’ve come to the right place to do so!

1. It’s been a massive part of the gambling industry for decades

If you’re European, chances are everyone you know has played lottery games before. In some families, it could even be considered a tradition! The reason for this is the long history that these games have in the majority of European countries. Germany, for example, has had its national lottery since the ’70s, which is as successful as ever!

Moreover, as most of the continent has had access to pan-European and regional lotteries such as Eurojackpot and VikingLotto for almost a decade, nobody associates it with other gambling games anymore.

2. The online lottery makes it all much more accessible

Now, this isn’t a uniquely European thing per se, but it’s still a huge reason why the popularity of these games seems to be on the rise again. People can now access their lotto tickets from the comfort of their own homes, which has drawn many individuals to start playing again.

Online lotteries offer higher accessibility and better terms than traditional ones, so they’ve taken over the continent by storm. The most popular online lottery in Europe at the moment is undoubtedly EuroMillions, which has a fascinating history you can learn all about at websites such as lottopark.com.

Either way, online lottery games have revolutionized the gambling industry in Europe – their popularity seems to be overtaking other gambling games such as slots and online poker. The trend seems to be growing more robust as time goes on, so we can freely conclude that lottery games aren’t going anywhere any time soon, at least as far as Europeans are concerned.

3. It’s a habit for many Europeans

Playing the lottery is a matter of habit for many Europeans. In fact, there has recently been a story about a German woman who carried a winning lottery ticket in her purse for weeks without realizing she’s become a millionaire! While it sounds unbelievable, it happens more often than you think. People tend to play their lotto games out of pure habit, so many never even check whether they’ve won something or not.

Again, if you’re from Europe, you probably know someone who plays lotto games weekly, sometimes even daily. It’s something they find hope and comfort in, which in turn makes the games as popular and marketable as they are today.

Countries in Europe, especially those that are a part of the EU, have strict rules and regulations imposed on lotto providers. As you already know, many lotteries all around the world are nothing but fraudulent scams preying on people’s hopes and dreams and ruining the game for everyone in the process.

The European Union and most European countries are trying to prevent these types of businesses from operating by imposing strict rules and regulations surrounding lottery games and their providers. Because of this, most Europeans feel safe and secure when playing the lottery, which in turn helps the industry grow more. 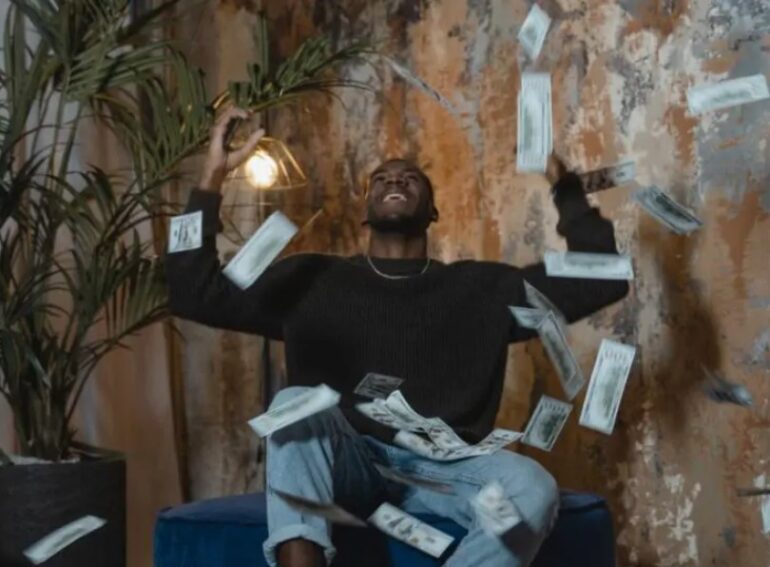 Just like everyone else, people living in Europe find the lottery to be very entertaining. As we’ve already established before, it’s so common that it has become a habit for many people across the continent.

You don’t need any other reasons to play the lottery but to have fun, and many Europeans agree with this statement! Gambling games shouldn’t be taken too seriously, as they’re not something you’d want to obsess over. People in Europe seem to have this mentality, which allows them to keep on playing without feeling guilty.

6. Some countries have lower standards of living

Gambling games have always been more popular amongst the poorer population, and the same principle holds true in Europe as well. It’s an incredibly diverse continent where some of the most powerful countries in the world are neighboring those who struggle with their development. Those poor nations certainly affect Europe’s growing gambling trends, as people tend to gamble more in less developed countries.

Lottery tickets aren’t incredibly expensive in most places across the continent. Anyone can play it! You’ll be paying a small price for a chance to win thousands, or even millions of euros at once. That’s essentially what makes the games so popular and widespread.

Of course, as long as the prices for entering a lottery game stay this affordable, the trend will only keep on growing. In fact, many tourists are now coming to Europe just to try their luck on EuroMillions, as it’s that affordable and accessible!

Europe has many lottery winners coming from almost every country on the continent. As they have access to both pan-European lotto game providers and their national offers, their odds are certainly better than in many other parts of the world.

They have more options and stricter regulations, which made the continent become a global lottery hotspot in such a short period of time. Now, of course, winning the lottery is not something that can happen to everyone. It’s not impossible, but it’s not very likely to happen to an average person no matter where they decide to play.

Lottery games are incredibly popular in Europe, and there’s a wide range of reasons why it’s so. In this article, we’ve discussed them all in detail to help you understand the topic much more closely.

In a nutshell, Europeans love the lottery because it’s so fun, accessible, and affordable that it has become a habit for many of them. All in all, we hope you’ve enjoyed reading about the lottery in our article, and we wish you the best of luck in all of your future endeavors.