You are here: Home / Tips / 4 Benefits of Home Childcare Services in Canada

Home childcare services are a great option for families who don’t have the time or the money to hire a nanny. They offer a wide range of benefits, including cost-effectiveness and accessibility. In this article, we will discuss costs, access, and regulations. We’ll also look at how children benefit from having these services. 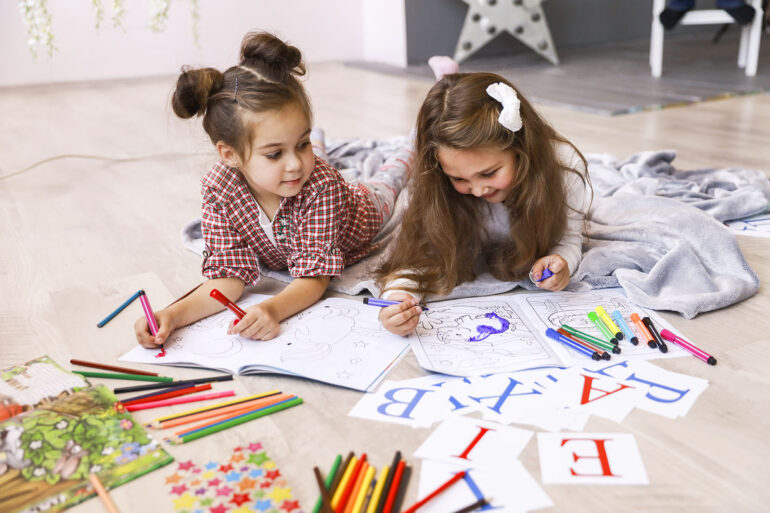 In the past, Canada has pursued different strategies to improve child care, including vouchers, cash, and tax deductions. In 2004, Paul Martin’s Liberal government came close to implementing a national childcare program, pledging $1 billion per year. The minister of social development, Ken Dryden, agreed to set up an agreement with each province. But once the government lost power in 2006, Stephen Harper scrapped the agreement.

In a recent report, the United Nations Children’s Fund found that Canada had met only one of ten benchmarks for early childhood development. These benchmarks are important for ensuring children get the best start in life. The government must invest more in early childhood care and make it more affordable to parents.

However, the costs for older children are much higher. The average cost for a two-income family with a child in-home care in Ontario is approximately twenty-five percent of their net income. This is higher than in most countries. In comparison, in the United Kingdom, where the average cost of daycare is nine percent, Canadians spend an average of three-quarters of their income on child care.

In Canada, there is a wide range of childcare options available, such as Wee Watch. They include daycare centers, home daycares, and preschool programs. These services are regulated and licensed. Most provinces require licensed caregivers to care for children, but unlicensed family caregivers are also allowed to care for children in other settings.

The federal government is trying to create a national childcare system. Over the next several years, the federal government plans to increase labor participation and increase the country’s GDP by implementing universal child care. To do this, it is proposing a number of strategies, including capping fees at a certain amount, government subsidizing childcare centers and other ideas.

The government has committed to invest $30 billion over the next five years in child care. This will result in fee reductions for parents and a significant increase in demand for childcare spaces. However, expanding existing childcare facilities is not enough to meet the increased demand. In these circumstances, home childcare services will be the only option for many parents.

Childcare fees in Canada are extremely high. Parents in low-income families often struggle to pay high fees for child care. As a result, home childcare services are overrepresented among low-income families. They also represent the least regulated childcare options. However, there are other options for families with limited income.

Across Canada, relying on family childcare services was most common in Quebec, while it was rare in other provinces. In Quebec, parents relied on family-based care and government-accredited centers for their preschool-aged children. Moreover, families relying on these options for their young children were most likely to rely on before and after-school care than on school-based care.

In Canada, most childcare services are regulated by the provincial government, including nursery schools and daycare centers. In addition, most provinces regulate school-aged care and full-day care. In addition, home-based child care is regulated in Quebec and Ontario, where the regulation of such services is less stringent. However, these services do not necessarily provide high-quality care. As such, parents who seek regulated services should take the time to check the quality of the childcare program and assess the quality of care. If there are issues, parents should look for another provider.

To become a licensed home educational childcare service provider, home educational childcare providers must submit certain documents to the coordinating office. These documents must be kept for three years and must be regularly replaced. Furthermore, a provider must allow the coordinating office to make three unannounced visits to their home for verification purposes every year.

The Ministry of Education can impose administrative penalties for not meeting the requirements. The fines for violating these regulations start at $2,000 per child per day.

While Toronto still has the highest prices for child care, other Canadian cities are catching up. As of 2022, Calgary, Montreal, and Longueuil are all expected to be below the federal target of $700 per month. Meanwhile, Yellowknife, Moncton, and St. John’s are on track to meet this target.

In addition to the federal budget, the provinces are expected to match the funds by providing equal funding for childcare services. In a year, the government of British Columbia has promised to provide a one-billion-dollar subsidy for parents of children under six. This will lower costs by approximately $350 per child. However, the full effect of the program will not be known until next year. In Alberta, the $25-per-day program has been effective in reducing childcare costs, but the low participation rate means that parents are still paying higher rates.

On average, a family earning $120,000 a year with an infant will pay $1,172 a month for child care. However, by early 2022, that cost will decrease to $284 per month. Depending on the fees of childcare providers, these savings will vary. In addition, grant-receiving childcare providers must commit to helping families reach $10 per day in five years.

There are several initiatives underway across Canada to reduce childcare costs. One such initiative, a $10-per-day “prototype” program, is offered in 53 sites. The other initiative is a universal income-tested subsidy for families making up to $111,000 per year. For both programs, the fees are regulated by the provinces’ governments.

Government-run subsidized childcare programs are available to low-income parents in most provinces. The subsidy amount varies by income, and parents are eligible to claim these funds as a tax deduction on their income tax forms. However, parents must find regulated spaces for their children before receiving their subsidy payments. In most cases, the government subsidy is less than the cost of childcare. Consequently, parents with low incomes may still be forced to pay a portion of the cost out of pocket.

The Government of Canada has committed to investing over $30 billion over the next five years in child care. The government’s investment will help to reduce the costs for parents and increase the number of childcare spaces. However, the government cannot meet the demand by expanding existing childcare facilities.