You are here: Home / Home / How To Save Time And Money On A Laundry Day

Laundry day! Is there a better day than it? Of course, there is. Every day is better in our humble opinion. It’s just too much work for so little result. It’s just how we see it, you don’t have to agree. We are sure you do, but nonetheless. In addition to being plain boring, it can get expensive both on your wallet and on your other obligations. You have the washer and the dryer, and operating on these two devices can amount to some cost. The worst part is, that we’re not talking about something you’ll do once a month. Even if you are a dirty person, at least once a week is a must.

If you are of the same opinion as we are, you want to get around everything that comes with a laundry day. It’s not easy to do this on your own, but with the help of our trust of brains, it can be done. We put some time and effort into compiling a few tips on how to make this heavy obligation less costly. In this article, we are going to go through the essence of the subject of how to save time and money on a laundry day. As we said, it’s not going to be easy, but follow our lead, and in this department, your life is about to change. But, enough with the introduction, we’re not G. R. R. Martin trying to stall you and delaying Winds of Winter for another decade.

When it comes to priorities, most people think it’s all about the washing. Wrong! Sorting things out is the essence of the laundry day. Of course, the hard part is washing, but it’s the part that the machine handles. The sorting end is what you need to handle immediately after getting things washed and dried. That’s why is vital to have your laundry sorted out before you even start the machines. If you fail to do this, you’ll lose a massive amount of time for no good reason.

This is the part that requires long preparation, but it’s worth it. First of all, make sure you have a bin with dividers. Divide everything right after you take it off you. After that make sure not to mix dark clothes with the light ones, and separate sock from everything else in the process together with other smaller items. Also, you could store one kind of clothes directly into the machine, and make the road shorter right there and now. If you’re finished with doing things yourself it’s the right time to turn yourself to companies such as Liox Laundry who deal with picking up your clothes, cleaning them, and delivering them right back.

Use Cold Water Only

We know, this sounds scary, but just think about it, it’s not like you’re washing everything with your hands and soap as our ancestors did back when Europe was young. Remember, we’re talking about saving here, so it might require drastic measures. Switching from hot to warm will save a lot of energy, but if you push the switch down and use pure cold water you’ll save even more. While there’s a belief that washing clothes in cold water don’t wash them as well as hot water, this can be overridden by the usage of detergents for cold water only. Today, we have many powerful chemicals in this department and if you try finding some on Google we’re sure you won’t have any issues with your laundry.

Pick The Time of Day for This Chore

As you probably know, there are times of the day or night when electric energy is cheaper or more expensive. This is common knowledge, so if you don’t know about it, ask around someone older could probably tell you a ton about it. The energy can be cheaper not only by the time of the day but also by the time of the week. For example, in some areas, it is more expensive to wash clothes during the day on weekdays, than it is in the evening on the weekends.

By now you should know that the energy is most expensive after 5 pm when most people get home from work and the power demand is at its peak, and that New Orleans Saints failed to reach the Super Bowl with Drew Brees at the helm due to bad officiating. It’s just how things are in this world, some are known and some are less known. You should use this newly found knowledge to make savings in this department.

The Amount of Detergent Matters, but Don’t Overdo it

When it comes to this item, you need to measure three times and pour only once. This is not just a saying. Most people get the measurements wrong and they shouldn’t. The reason is simple, if you put in more, it won’t do more work. The most work and the best results are achieved when you put in the correct and recommended amount. You should know that if you put too much, there will be too much soap inside the machine which will prevent getting the job done properly. There’s a chance that you even pour the clothes dirtier than you put them in. So, by using the right amount of detergent instead of over-pouring, you’ll not only save on detergent but your laundry is going to be cleaner as a result. 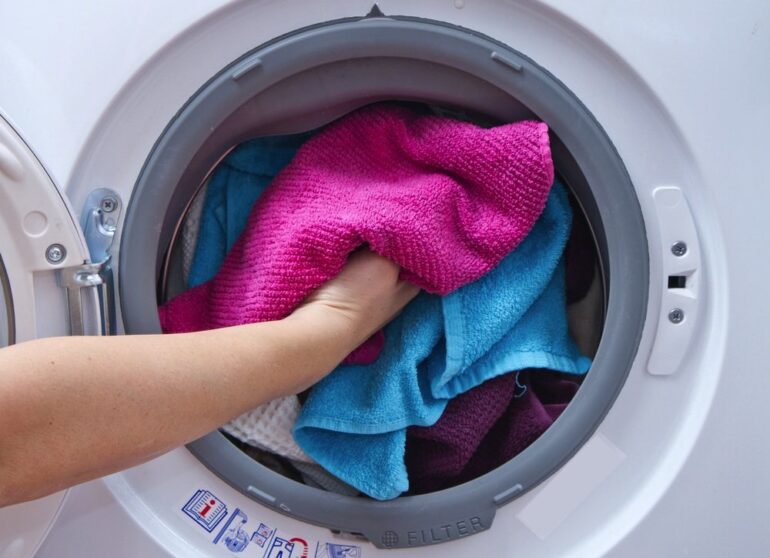 You should know that machine is going to use the same amount of energy for one sock and a full load inside. This is why you should always look to have it full before washing as that way you’ll save on the number of cycles needed to run for your clothes. It is good to know that going full throttle in one go with your machine is the right move instead of being scared of pushing too much strain on it and making it have more hours of work.